Overview
Chalmette, LA is a town in St. Bernard Parish located less than 30 minutes away downriver from downtown New Orleans, LA. One of the major assets in Chalmette is Nunez Community College, which has been serving the community for many decades and has one main campus that is centrally located in Chalmette.

Nunez Community College is a student-centered institution that delivers relevant and innovative curriculum integrating the arts, sciences, and humanities leading to academic credentials and workforce opportunities. Nunez serves a vital role in the community by engaging with partners to support student success and personal growth. Nunez is part of the Louisiana Community and Technical College System.

On August 29, 2005, Nunez Community College and its entire service area was struck by Hurricane Katrina. St. Bernard Parish, was almost completely decimated as it took a direct hit and suffered flood waters that in many areas did not recede for weeks. The first floor of every building on the Chalmette campus was flooded more than seven feet.

The College presented a fall mini-semester within weeks of the disaster. By the end of December the first floors of the buildings were gutted and electricity, water, and sewer hook ups were restored. The College became an oasis in the ravaged parish and a catalyst for business and industry revitalization. Nunez opened the campus for business in January of 2006 and resumed classes immediately.

When Nunez became aware of the Voyage Mark II Scale Model Solar System Exhibition availability, it seemed like a natural component that our campus should have. Just a couple of years earlier Nunez had started the Aerospace Manufacturing Technology program to train local individuals to become Aerospace Technicians to assist NASA and local manufacturing industry partners. It is not well known, but American’s Rocket Factory, the Michoud Assembly Facility (MAF), is located in New Orleans and just 5 minutes away from the Nunez campus. MAF has actually been a part of every single manned space mission by the USA.

Since one of the Nunez goals is to make the region into a national aerospace manufacturing hub we want to engage the community in STEM and Space related experiences and education. We believe this exhibition will thrill and inspire further exploration in an outdoors setting where K-16 students, families, educators and the public can gather and engage with each other, and the wonders of Space. 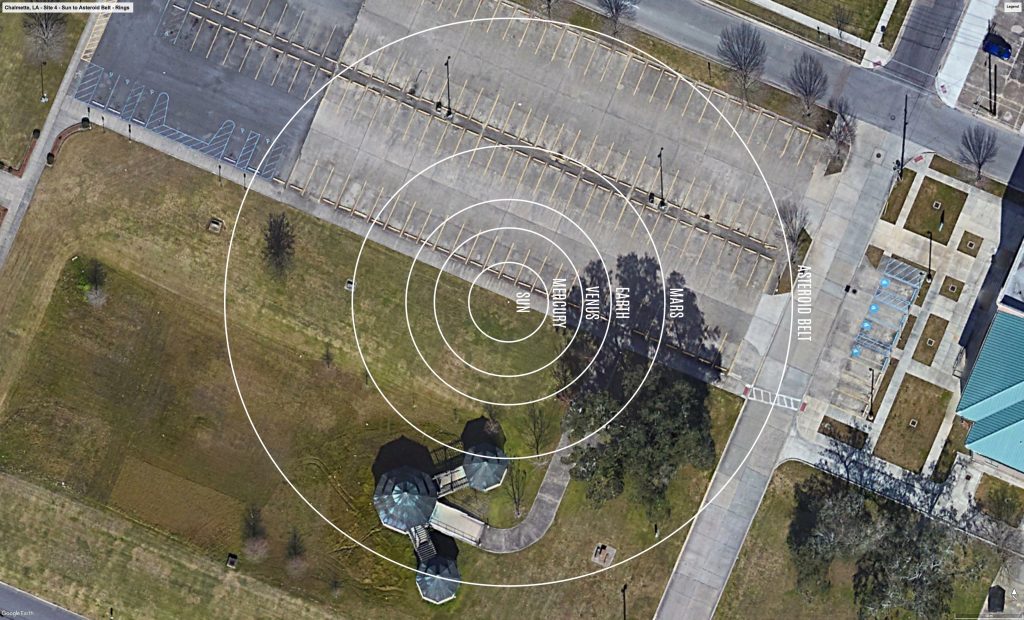 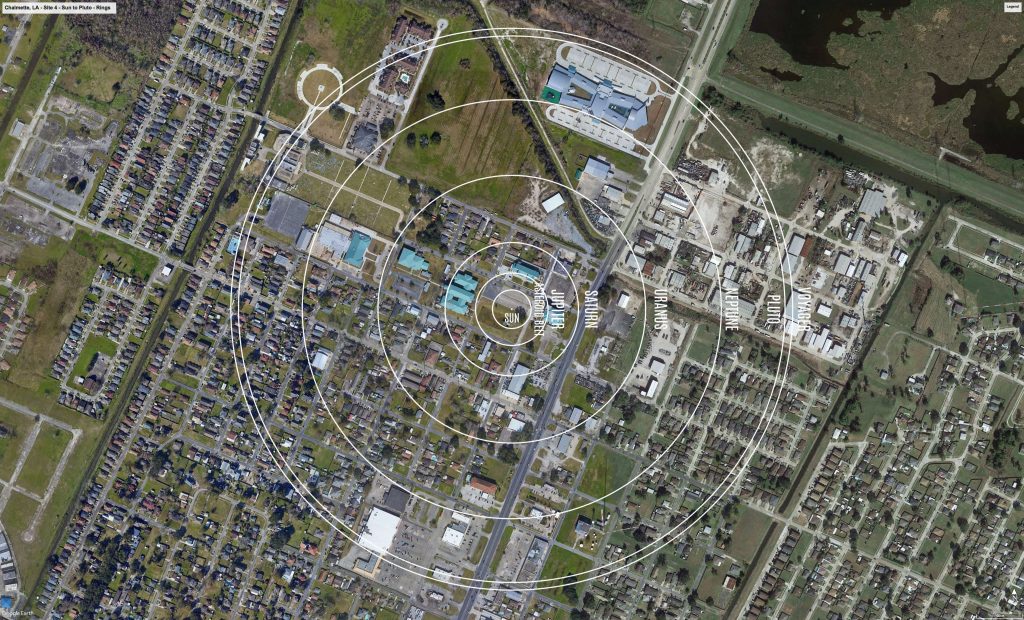 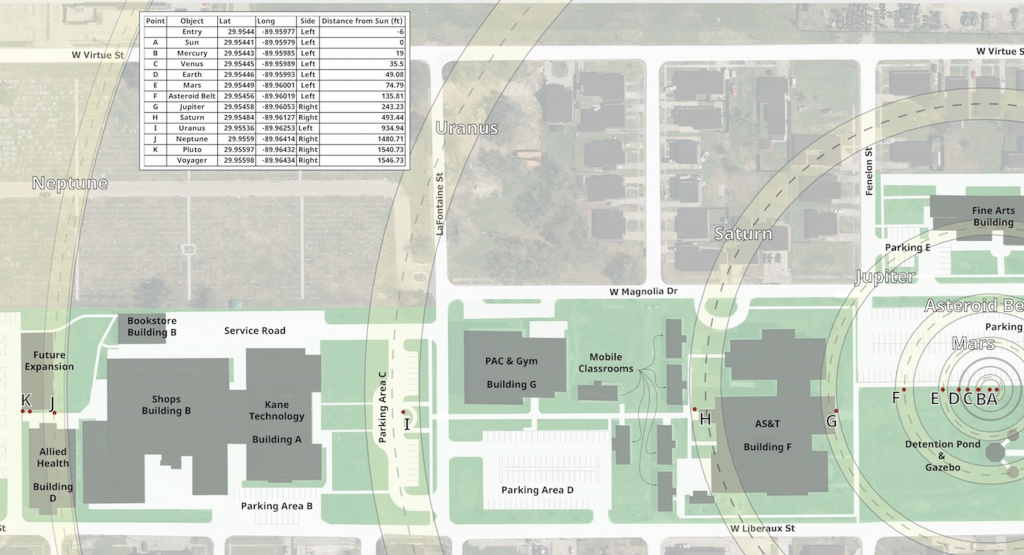 Custom Site Map: If a community has purchased a Customization Upgrade, each of the exhibition’s 13 storyboards includes a Custom Site Map (CSM) created by the designer for the Voyage National Program. The Formal Site Map provided by the community is used to create the CSM, which maintains the Voyage design aesthetic defined by style and color palette. The CSM provides the visitor with wayfinding information relative to local landmarks.