Overview
The City of Dover is the seventh oldest community in the country and first established in the state of NH as shown in 2023 when we celebrate our 400th anniversary. From historic mills in the downtown, to an exceptional school system, and outstanding parks and recreation amenities, Dover has been amongst the fasting growing communities in the state situated on the seacoast of NH. The community is nestled between the mountains and the ocean, close to the University of New Hampshire, Pease International Tradeport, and a station community for the Amtrak Downeaster, and home to the Children’s Museum of New Hampshire and the Woodman Institute.

The Children’s Museum of New Hampshire has a mission to actively engage families in hands-on discovery and a vision to inspire all to become the next generation of innovator and creative thinkers.

Dover is excited for this opportunity as it fosters a visual STEM educational experience for all ages, engages the community and visitors to think larger by serving as a reminder of Earth’s place in space, and provides an amenity not available anywhere else in the region.

The proposed site for Voyage Mark II, along one of the newer segments of the Dover Community Trail. The Sun will be viewed from the new trailhead near Durham Road and Rutland Street and Pluto will be near Fisher Street. This location is walking distance from the downtown, museums, Transportation Center, and three schools as well as on the UNH Wildcat Transit bus route. Parking is available within walking distance but the City is looking at options to provide even closer parking or bus drop off locations as well. The trail allows for accessibility and to provide a linear view of the installation and is off main roads providing for extra safety.

The City of Dover, Dover School District, and the Children’s Museum of New Hampshire are excited for this opportunity to make Dover, NH a Voyage Mark II community. 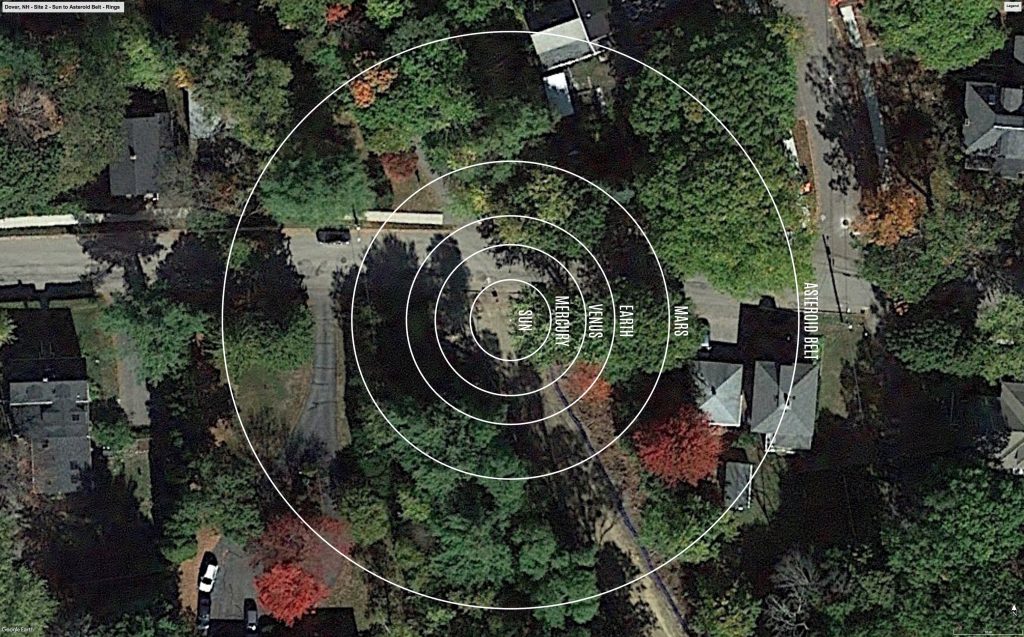 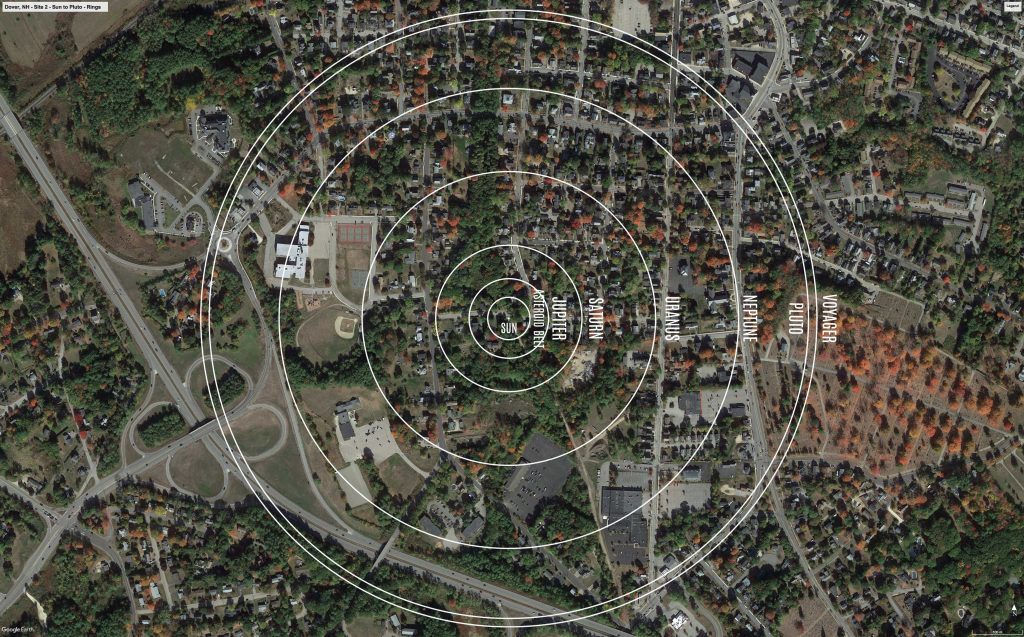 Formal Site Maps: A Formal Site Map (FSM) is produced by the community using a CAD map of the site (if available) that is accurate at sub-meter resolution. The FSM identifies the precise locations of the exhibition’s 13 stanchions relative to local buildings, streets, pathways, and green spaces.